Please excuse our appearance. We are working on our new updated layout. 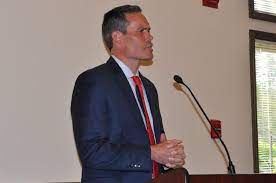 The High Country Council of Governments held its annual award ceremony to recognize outstanding achievements by elected officials, Local government employees and advisory committee members. Blowing Rock town manager Shane Fox was recognized as this year’s outstanding local government manager in the high country region. Specifically he was acknowledged for contributions made to local government through his professionalism, leader ship and accomplishments as manager. During his three years as town manager he executed the completion of several projects, such as The Bass Lake sidewalk project.

GoBlueRidge.Net and High Country Radio is proud to offer five radio stations with content created specifically for the High Country. All of our stations are live and local and provide the latest news and information from our community.
ABOUT US